Woohoo! My very first-ever-in-my-life blog tour begins Monday! I am slightly excited about this. :-) Yes, I have published books before, but that was back in medieval times, before blog tours were popular!

Monday will begin all book-talk, but today I'll give a more personal update. I have mentioned our three cats before. Monte the ocicat is the oldest, now officially a teenager. He has various health issues--we nearly lost him last summer, and now he is on steroids and a special diet. Every day with him is a gift! Myles the Siamese is eleven and healthy as a horse. I would have said the same of Mimas, our little athlete and gymnast--until we recently almost lost her to a strange illness.

One day in mid-March, I noticed Mimi limping slightly. Thinking she must have made a bad landing after one of her crazy jumps, I just kept an eye on her. Then one morning she did not come to eat breakfast, and as soon as I found her I knew something was seriously wrong. I immediately took her to our vet, who examined her carefully and ran several tests but could not figure out what was making her so ill. She ran a high fever that would not come down, and ended up spending two days in the hospital. For the following week I syringe-fed her diluted baby food, carried her to the litter box, and popped antibiotics down her throat several times a day. When live-wire Mimi is too sick and lethargic to struggle, you know she feels terrible.

It was a joyous day when she first began to purr while I held her in my lap and stroked her.

Our vet's best guess at her ailment was meningitis, of all things! Who knows how this pampered indoor kitty managed to contract that disease! However it was, we came far too close to losing our little Egyptian mau, who is our son Peter's cat. He saved up his money to buy her when he was eleven, and, fickle and flirtatious though she generally is, he loves her dearly. Most of the nursing duties fell on mom, since Pete is in his senior year of high school and carrying several AP and honors courses. But I didn't mind--the kitties are my "babies" these days. 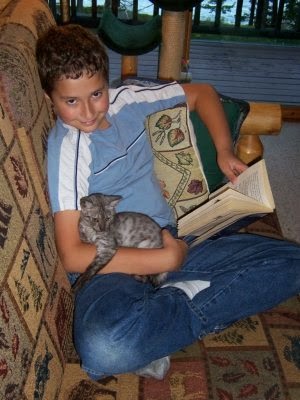 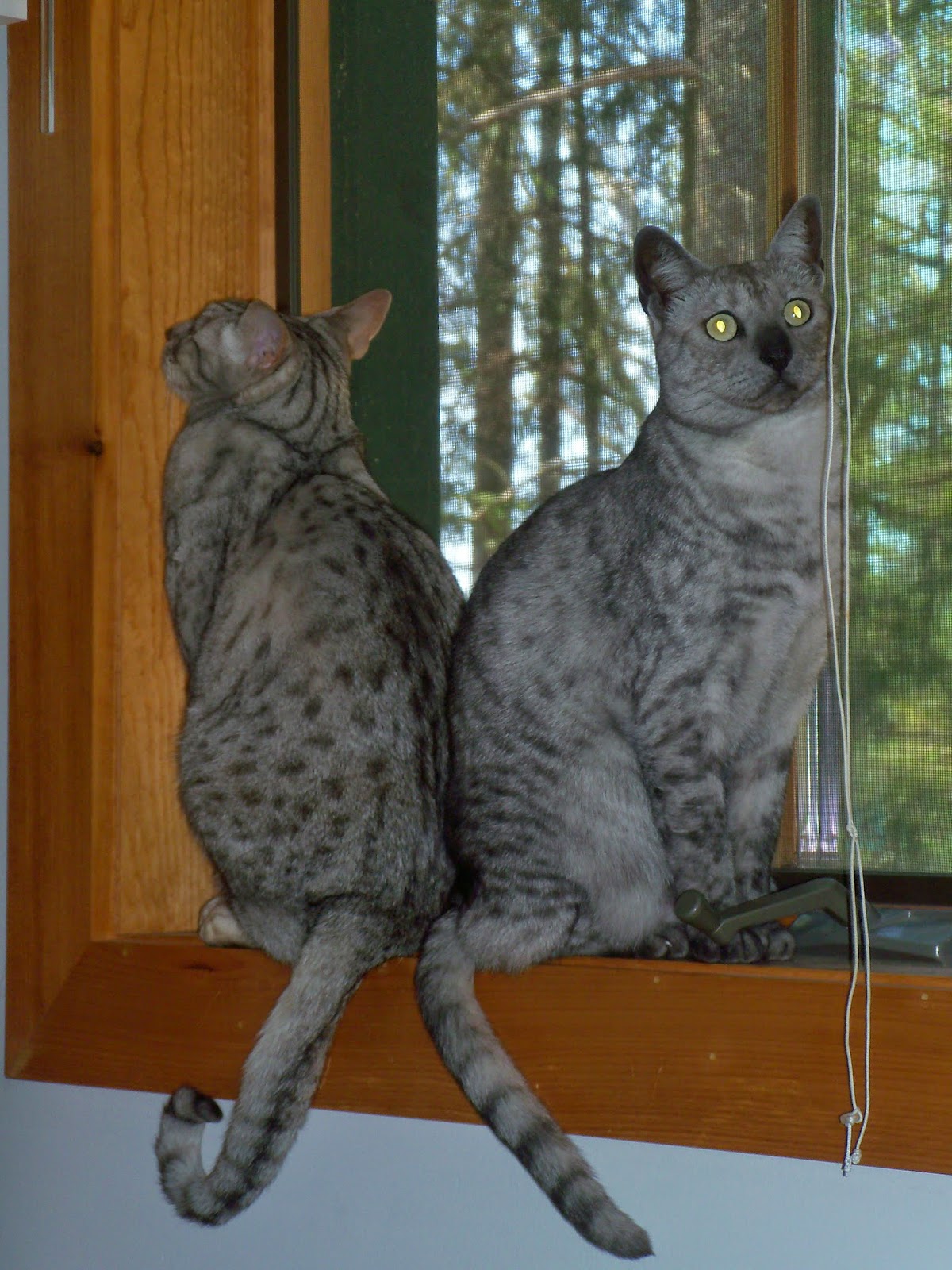 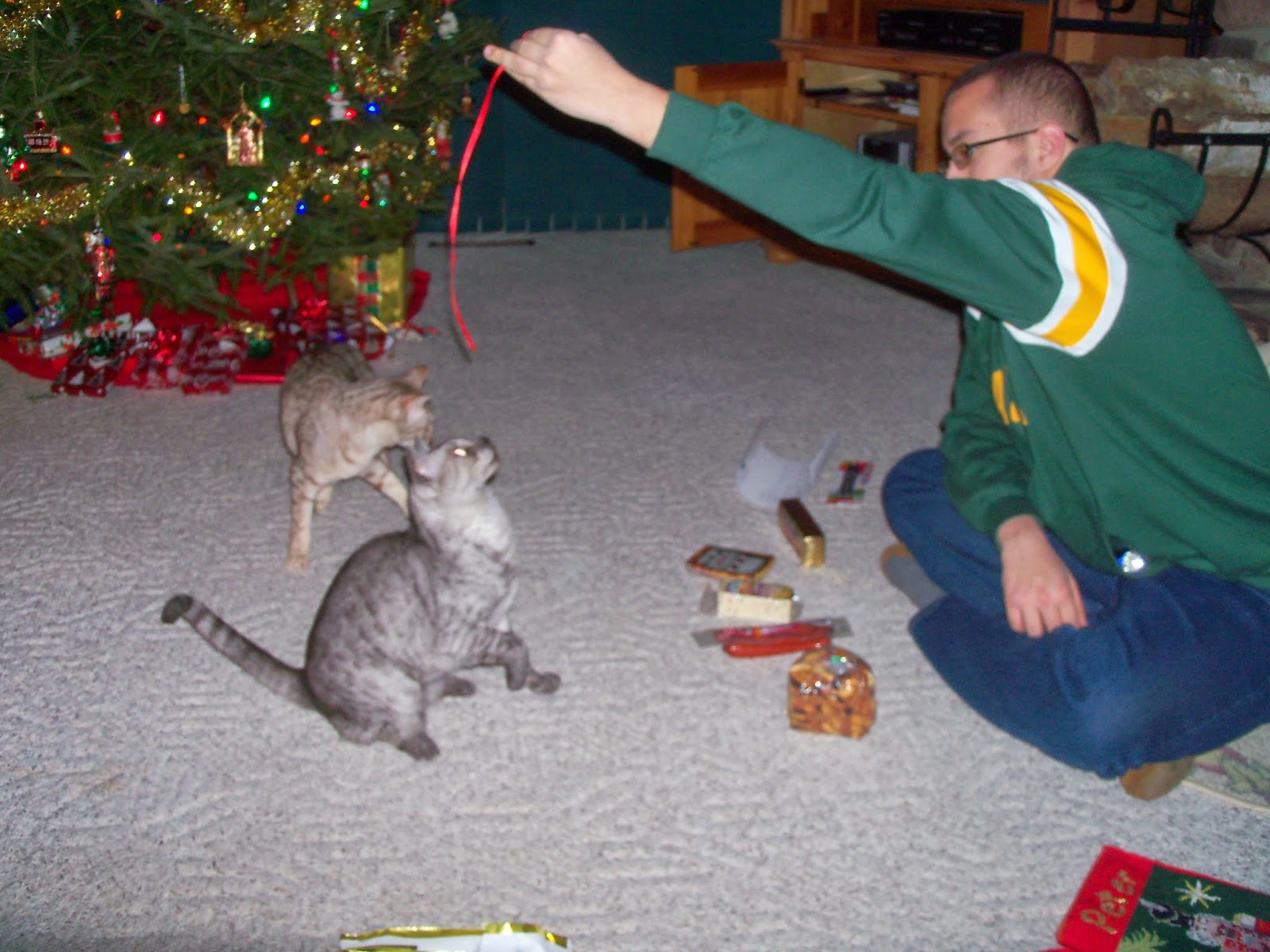 And here is Mimi, just a day or two after she starting eating on her own again. She was so skinny and weak at first. 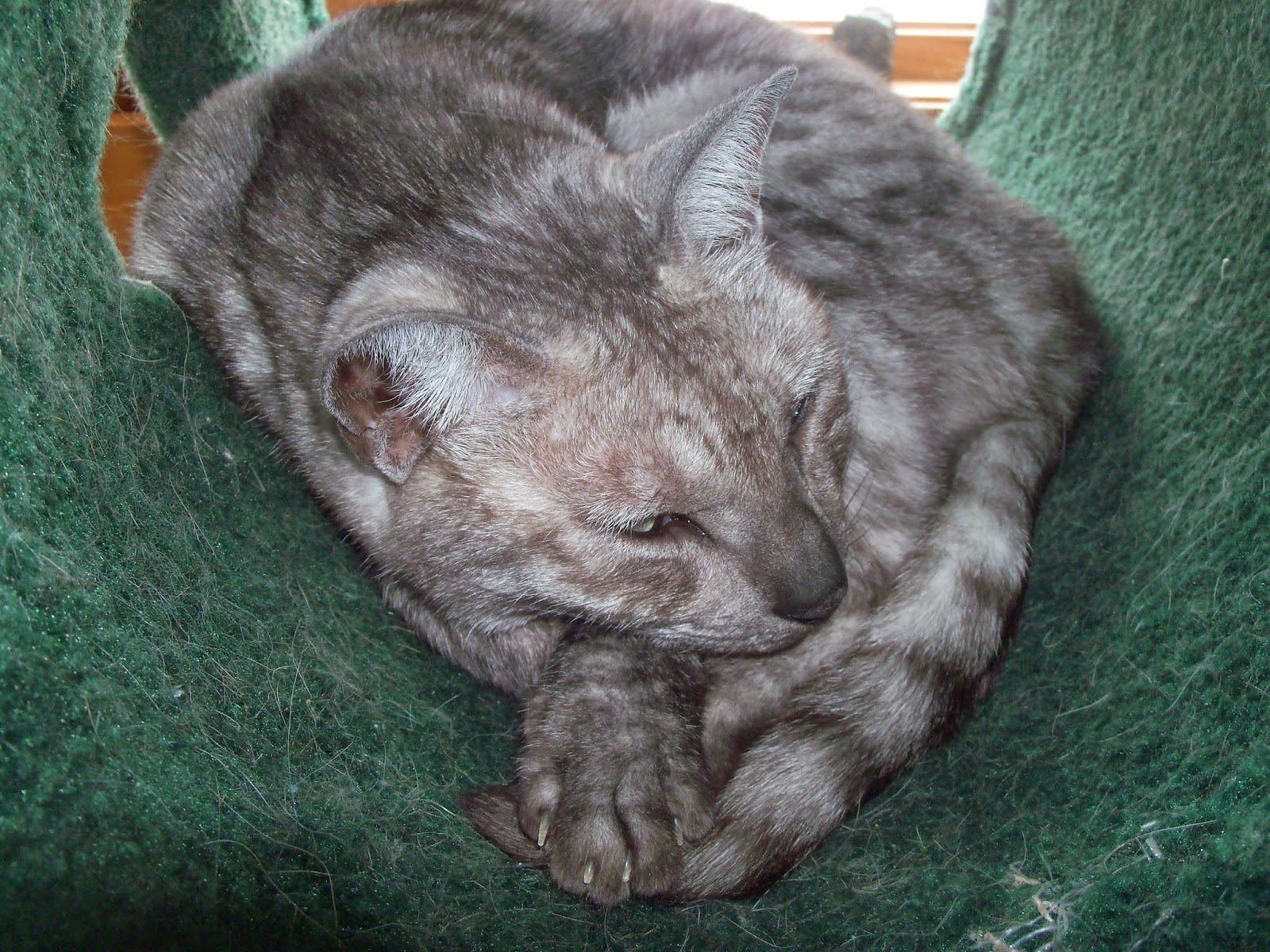 Now she has plumped up to normal size and is almost as active as ever. She turned seven in April, but I still think of her as our kitten. Children and kittens do have a way of growing up quickly. I'm thinking Pete has changed more than his cat has in the past seven years. He will be off to college in just a few months now, and our nest will be empty.

Except for the kitties!
Posted by Jill Stengl at 8:25 PM